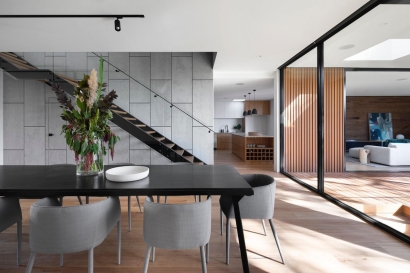 With inflation and supply chain issues pushing up the cost of labor and materials, a home renovation project in the U.K. is even trickier than ever. As fewer buyers express desire to go through that ordeal, sellers of older luxury homes should look to make renovations ahead of listing their property to avoid selling at a sharp discount.

“With the combination of Brexit and the pandemic, the cost and time associated with refurbishment is becoming increasingly challenging,” said Mark Pollack, owner of London-based brokerage Aston Chase. “What we’ve seen is a resistance to refurbishment projects.”

“That’s a big price hike in a short time,” he said.

With costs so high, buyers are negotiating big discounts for fixer-upper properties.

“If somebody is buying a house that needs £50,000 (US$59,482) spent, they’re going to want that for probably around £75,000 less than the equivalent house would cost if it was done up,” said Jonathan Rolande, founder of the National Association of Property Buyers, a non-profit organization based in Worthing, West Sussex, focused on improving standards in the property buying sector.

A rule of thumb: Expect to sell at a discount equal to the cost of a renovation, plus about 50% more—which includes the “profit” a buyer might expect from taking on the hassle of a renovation, Mr. Rolande said.

Conversely, renovations can help add enormous value to a property. The pandemic-fueled “race for space” has made basement extensions or loft extensions more popular among buyers.

Mr. Pollack recently worked to sell a 5,628-square-foot home in London’s St. John’s Wood that the owners had spent three years renovating. The refurbishments included the creation of an excavated lower ground floor with an additional bedroom, movie and games rooms, and split-level gym space.

The owners’ “labor of love” paid off, Mr. Pollack said. The property sold near its asking price of £10 million (US$12.03 million).

Loft extensions can also be a way to add an additional floor to a property, typically costing between £15,000 and £60,000.

But those considering renovations should make sure they budget enough time to get the project done ahead of a sale.

“The timeframe of finding someone who can undertake a large project is significantly lengthened at the moment,” said Andrew Groocock, a London-based partner at Knight Frank.

More: Despite a Blazing U.S. Housing Market, There Are Still Perks to Be Found to Selling Via Auction

The decision to renovate or not depends on several factors, he said, among them, the market that the seller is trying to target.

International buyers, for example, tend to look for newer or freshly renovated properties.

“They don’t have the network to undertake a major renovation and also they are just not inclined to do so,” he said.

He recently advised a seller with a portfolio of properties to renovate and sell each home individually. The seller was able to refurbish all of the properties at the same time, economizing on flooring, paint and decor costs.

“It meant we were able to get a premium price within 1% of the asking price,” Mr. Groocock said. For the buyers, the advantage was clear. “As a buyer, it means you can roll those costs into the mortgage, because of the fact someone else has done the work. You don’t have to have the cash after you buy the property to then do it up.”

A renovated property may also attract a larger pool of buyers.

“It’s far easier for people to walk into a turnkey property and see themselves living there, as opposed to walking into a property that needs a lot of work done to it,” said Martin Bikhit, managing director of Berkshire Hathaway Home Services in London.

Weigh the Costs, Benefits of Refurbishing

Sellers should weigh home renovations carefully, Mr. Bikhit said, as rising material and labor costs could become a risk for them, too.

“There are no guarantees you’ll get your money back,” Mr. Bikhit added. “At the end of the day, the buyer is in control of the situation. You probably will sell quicker—but you may just break even.”

Those who decide to renovate should make sure their improvements cater to a wide swath of the market.

“Some sellers who decide to renovate their home prior to a sale do make the mistake of renovating the home as they would like it renovated, as opposed to thinking about who they’re marketing to,” Mr. Bikhit said. “The type of refurbishment they do has to be in keeping with what the market is looking for at that time in terms of trends and fashion styles.”

Mr. Bikhit has seen plenty of examples of sellers embarking on massive home renovations, only to have the buyer redo the kitchens and bathrooms just months later.

“Sometimes it can be counterproductive,” he said.

As we move through life, our priorities change. Back in the day, a penthouse suite with a hot tub and marble flooring may have represented the pinnacle of desirability. Now, those floors are a hazard, the hot tub extraneous (who has the time?), and a penthouse means one thing: shepherding kids up ten floors. Once upon a time, a one-bed bolthole would have done fine; now, you’re probably contemplating things like square meterage and proximity to schools.

If this is ringing true, allow us to help you out. We’ve found some fantastic properties that tick various boxes: they’re large enough for a family, with three bedrooms or more. They have plenty of space for little ones to run around in, whether that be a private garden or proximity to a park. And, talking of proximity, they’re well-connected to all manner of amenities, including schools. Happy house hunting!

This Grade II listed property has been under the same ownership for 33 years, which is the marker of a great family home. Perhaps the current inhabitants stuck around for the 452.8 sq m of space. Or it could also have something to do with the fact that this Queen Anne-style home sits on a 0.26-acre plot – there’s plenty of space for kids to run around in the country-style garden, despite being in the heart of North London. Other attractions include the home’s 1876 provenance, the lovely red brick facade, and the Steele’s Road location, which is widely considered one of the most sought-after streets in Belsize Park. The road is equidistant from Hampstead Village, Primrose Hill and Camden – super-convenient for amenities and schools, which include The Village Prep School, Herewood House, South Hampstead High School and The American School.