A small village nestled between Marylebone and Bloomsbury with fantastic architecture, amenities, and an enviable Central London location.

Immediately north of Oxford Street, Fitzrovia offers tremendous growth potential thanks to the new Crossrail station at Tottenham Court Road and the fact that it is slightly less gentrified than the neighbouring areas.

With an intricate network of winding streets, alleyways and leafy squares, it is a fascinating area to explore. Primarily home to grand townhouses, many of which have been converted to flats and offices, Fitzrovia property is highly sought after for those who want a central, yet relatively tranquil base.

This historically bohemian neighbourhood was once home to writers including Virginia Woolf, George Bernard Shaw and Arthur Rimbaud. Today, its period terraces are particularly popular with the media, marketing and legal professions, with many of these professionals living and also working in the area.

Shopping and entertainment is second to none in Fitzrovia and the surrounding areas, with the shopping hubs of Tottenham Court Road and Oxford Street just a stone’s throw away. Fitzrovia also has a thriving restaurant scene, particularly focused on and around Charlotte Street, alongside numerous pubs and bars. The famous West End theatre district and nightlife are also at your doorstep.

As one of the most experienced estate agents in Fitzrovia, Aston Chase has an in-depth knowledge of the area and its wealth of high-quality properties. Our vendor/landlord relationships enable us to hear about properties coming to market before other London estate agents, and our personalised service means that we will take time to fully understand your requirements.

Whether you are looking for houses or flats to rent in Fitzrovia, or properties for sale, we will show you only the best options that suit your needs and help you to secure your dream home at the right price. 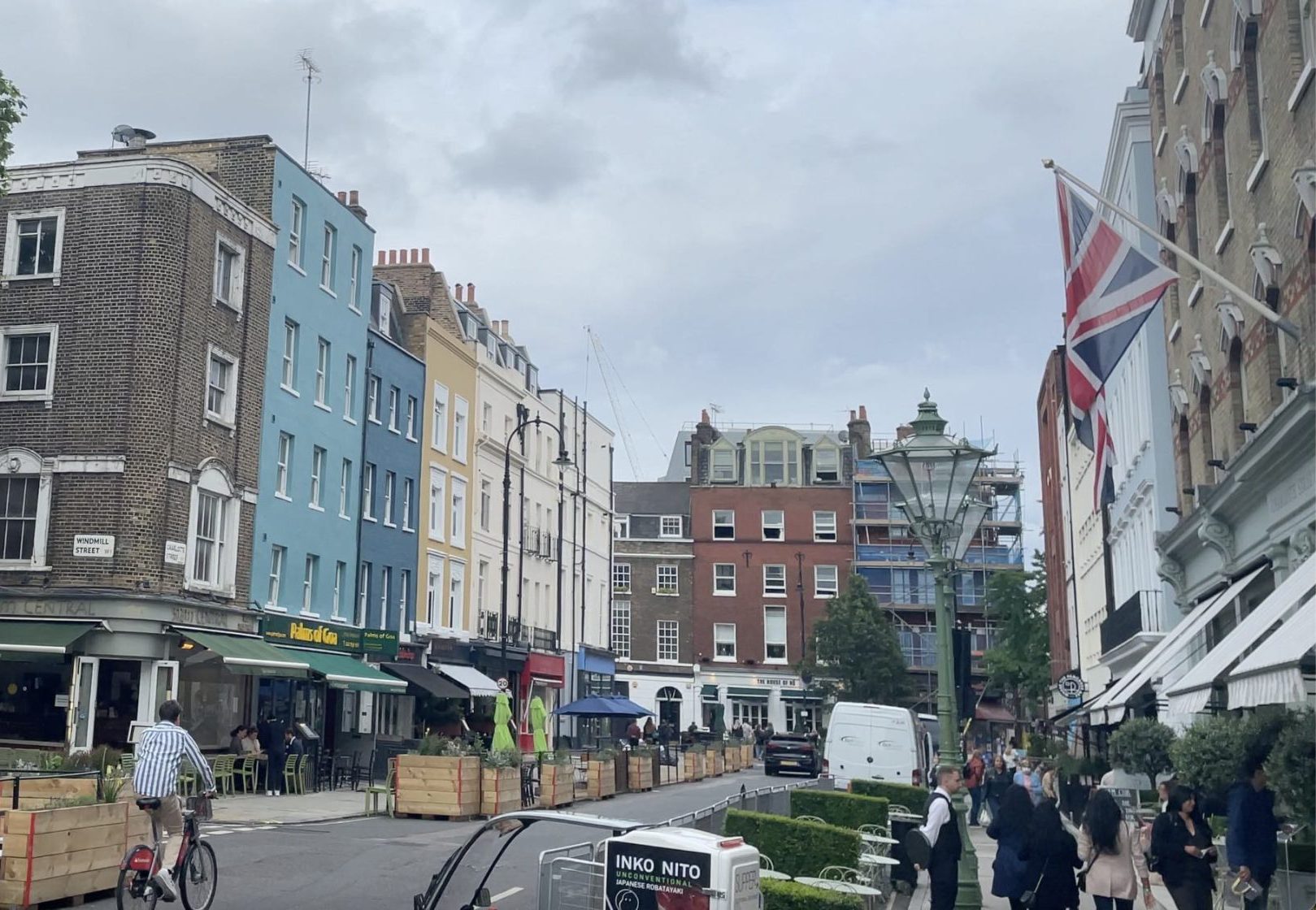 Fitzrovia was first developed by Charles Fitzroy, Lord of the Manor of Tottenhall, in 1757. The east and south of Fitzroy Square were designed by Robert Adam in 1794 and have survived in their original form, although the south side was extensively restored following wartime damage. Fitzroy built for the upper classes but they soon moved on to Mayfair and Belgravia and many of the grand houses were subdivided into workshops, studios and rooms to let. 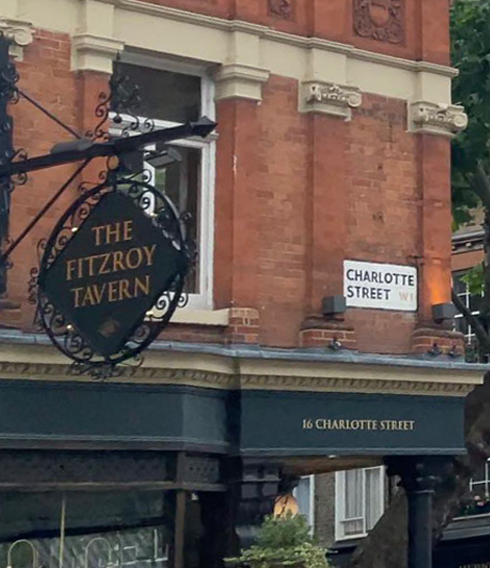 Fitzrovia is rather interesting in property terms. Unlike many of its neighbours, it was largely owned by several smaller landowners which has led to a greater number of winding streets than in some of the more uniformly developed areas elsewhere in Central London.

Fitzrovia property is made up of impressive townhouses, many of which have been converted into flats and offices, although a few still remain as houses despite recent gentrification.

Oxford Street is home to the larger and/or more famous retailers from the renowned Selfridge’s department store and John Lewis, to Zara, Next, and just about any other major fashion chain.

Tottenham Court Road is a central hub for interior design fans with the widest selection of furniture stores and household goods in London. Heal’s, Made, West Elm, Calligaris, and Sofa Workshop are just some of the many well-known retailers with outlets between Goodge Street and Warren Street station.

Circolo Popolare is a favourite amongst foodies and influencers alike as it’s known for its excellent, authentic Italian cuisine and post-worthy decor. Riding House Café in Great Titchfield Street offers quirky decor and retro seating from which to enjoy delicious comfort food. For upscale dining in a unique setting, Pied à Terre in Charlotte Street is not to be missed as it is a superb showcase of French cuisine.

Coffee lovers have a wealth of options to get their caffeine fix in Fitzrovia. From Kaffeine and Black Sheep Coffee to firm favourite The Attendant (which provides coffee geeks with a caffeinated experience unlike any other in London), you’re sure to find a great espresso, flat white or other coffee standards here.

Whitfield Street is a firm favourite for drinks as you’ll find a number of excellent bars and lounges which cater to those who prefer craft cocktails over the standard drink options. However, it’s Mr Fogg’s House of Botanicals (corner of Goodge Street and Newman Street) that earns firm favourite honours.

Fitzrovia is within strolling distance of Regent’s Park, one of The Royal Parks of London. A vast 410-acre green expanse, the park is home to stunning rose gardens, an open-air theatre, a boating lake and the London Zoo, as well as the largest outdoor sports area in Central London. Closer to home, Cavendish, Soho, Fitzroy and Golden Squares all have grassy areas perfect for a spot of sunbathing on a sunny day.

Fitzrovia’s primary school is All Souls CE (Foley Street) and is rated ‘good’ by Ousted. St Marylebone, a top-rated local girls’ comprehensive is also located nearby. Popular private school options include L’ecole Internationale Franco-Anglaise, a mixed independent primary school, and Queen’s College London for girls aged 4-18 (both of which are located on Harley Street), along with Portland Place School, a popular mixed secondary school. 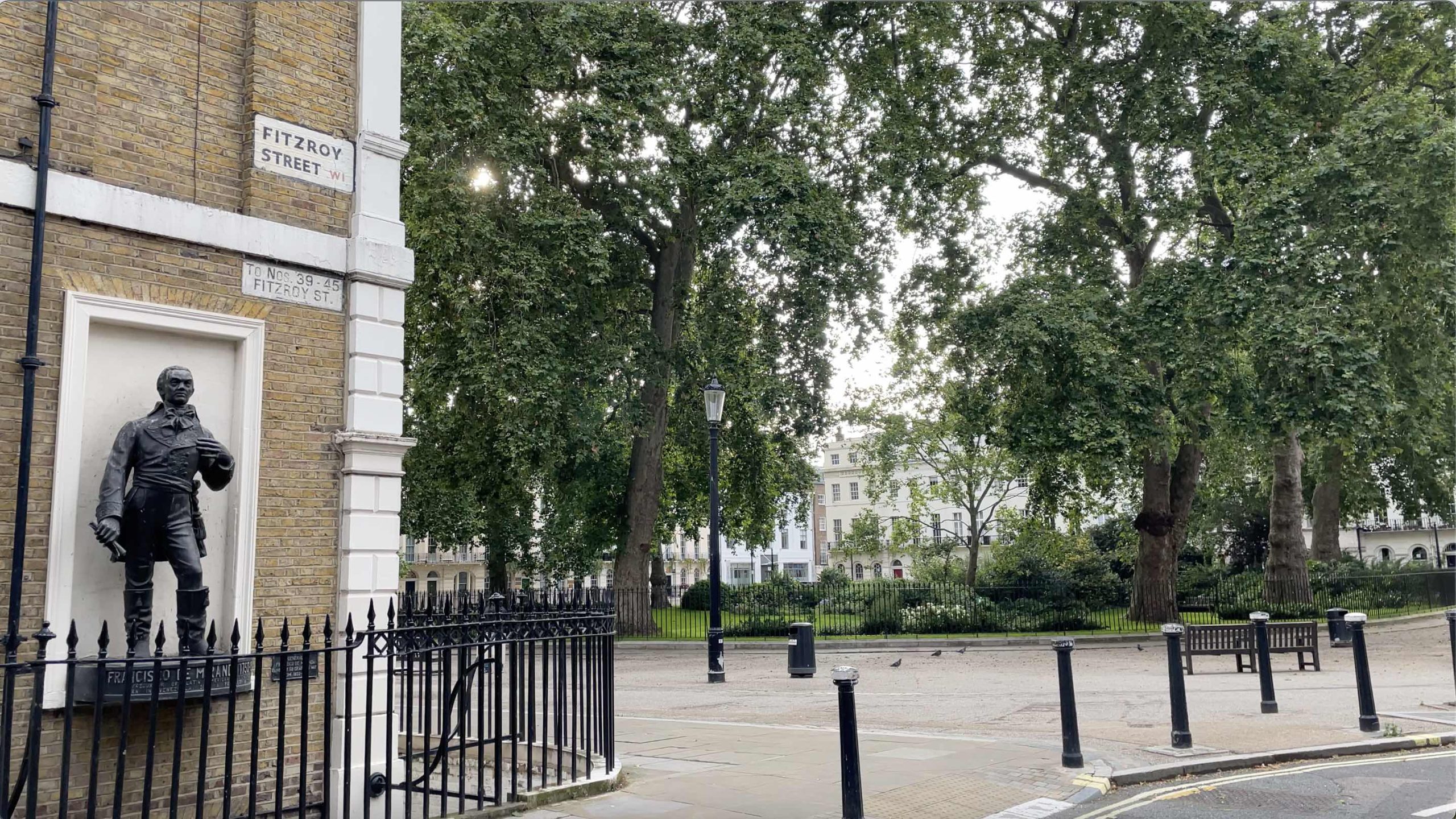 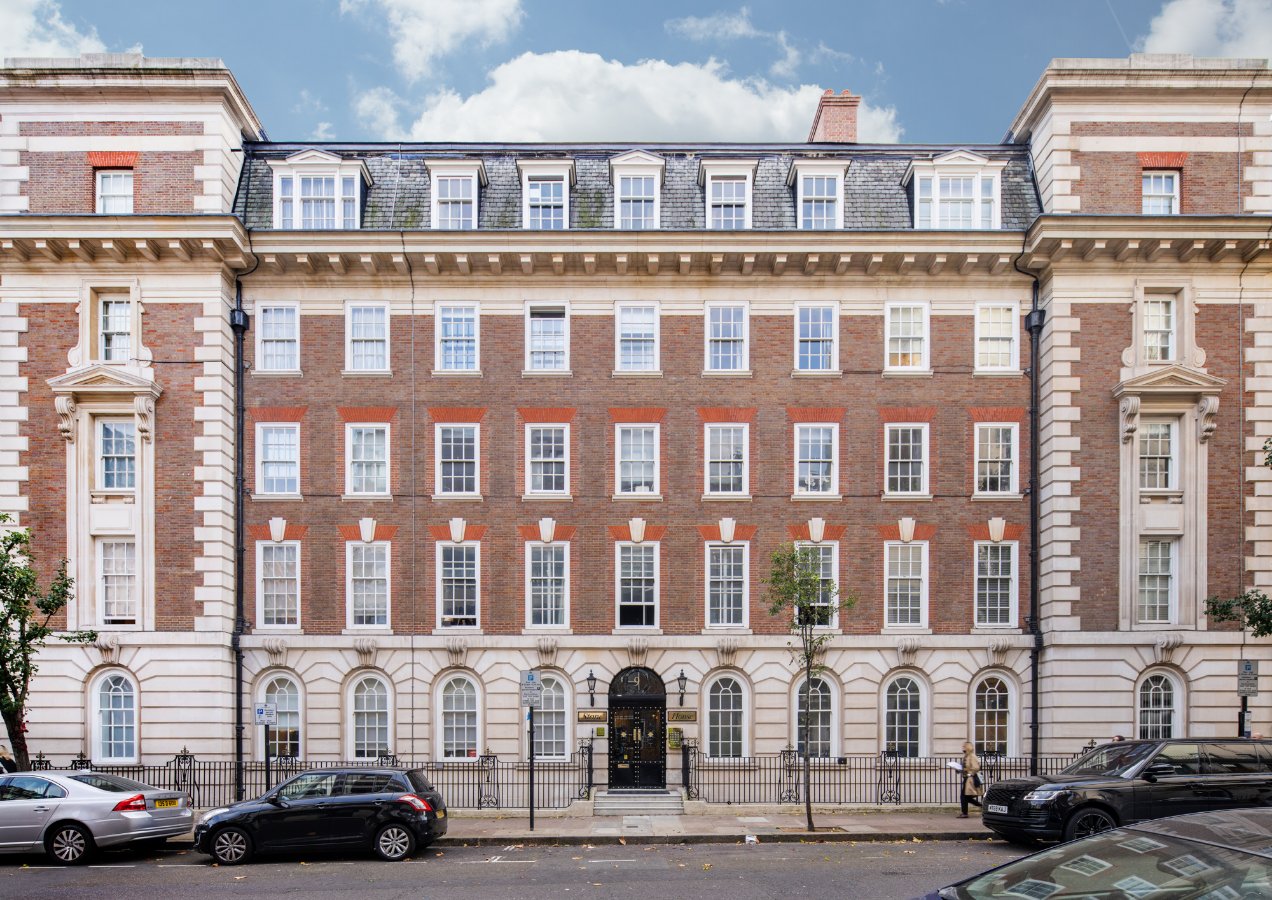 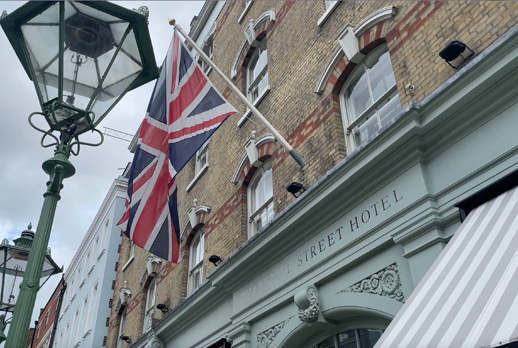 Fiztrovia is in the London Borough of Havering. The following council tax rates are for 2021/2022. 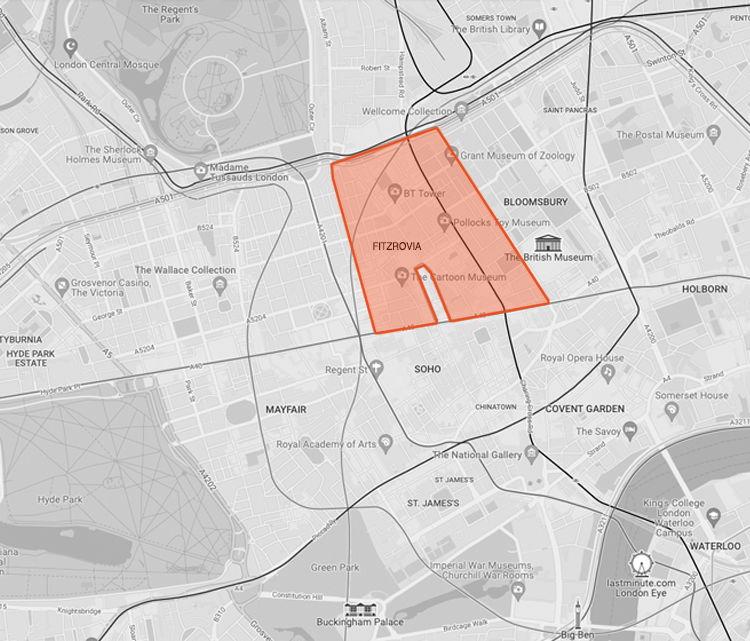 Looking to buy or rent a home in Fitzrovia?