THE MOST BEAUTIFUL PERIOD PROPERTIES FOR SALE IN LONDON

From red-brick Victorian gems to glamorous Regency-era townhouses, period properties possess a certain je ne sais quoi that is missing from the – dare we say it – soulless superstructures of the modern era.

Home to Lord’s Cricket Ground and the famous Abbey Road Studios, St John’s Wood is one of the most sought-after residential areas in London.

With St John’s Wood High Street on the doorstep, residents are also attracted by the range of shopping available, with numerous high-quality fashion and home wares boutiques, gift shops and delis making their base there. Foodies won’t be disappointed either with a wide choice of popular cafés, restaurants, pubs and bars spread around the neighbourhood.

There is no shortage of outdoor space in St John’s Wood, with Regents Park and Primrose Hill just a short stroll away. Even closer is the beautifully maintained St John’s Church Grounds, perfect for escaping the hustle and bustle of London life. St John’s Wood is also home to several excellent schools, making this prime London location particularly attractive for families.

St John’s Wood’s wealthy residents hail from all over the world and include many famous celebrities and prominent business people alike, so if you’re looking for property for sale in St John’s Wood, there’s a good chance that you might already know your neighbours.

As a market-leading estate agent in St John’s Wood, Aston Chase has a wealth of experience and expertise working with clients in the area. Furthermore, the relationships which we’ve established over more than 35 years of representing properties of distinction in the area privies us to know about properties that are soon to be brought to market as well as a selection of discreet “off-market” listings that are made available to only the most discerning clients. If you’re looking for houses for sale or to rent in St John’s Wood, our award-winning team is uniquely equipped to find you the right property, at the best price. We will work with you to understand your needs and then only show you the properties that most accurately suit your requirements. Whether buying or letting in St John’s Wood, Aston Chase can help you to realise your property goals. 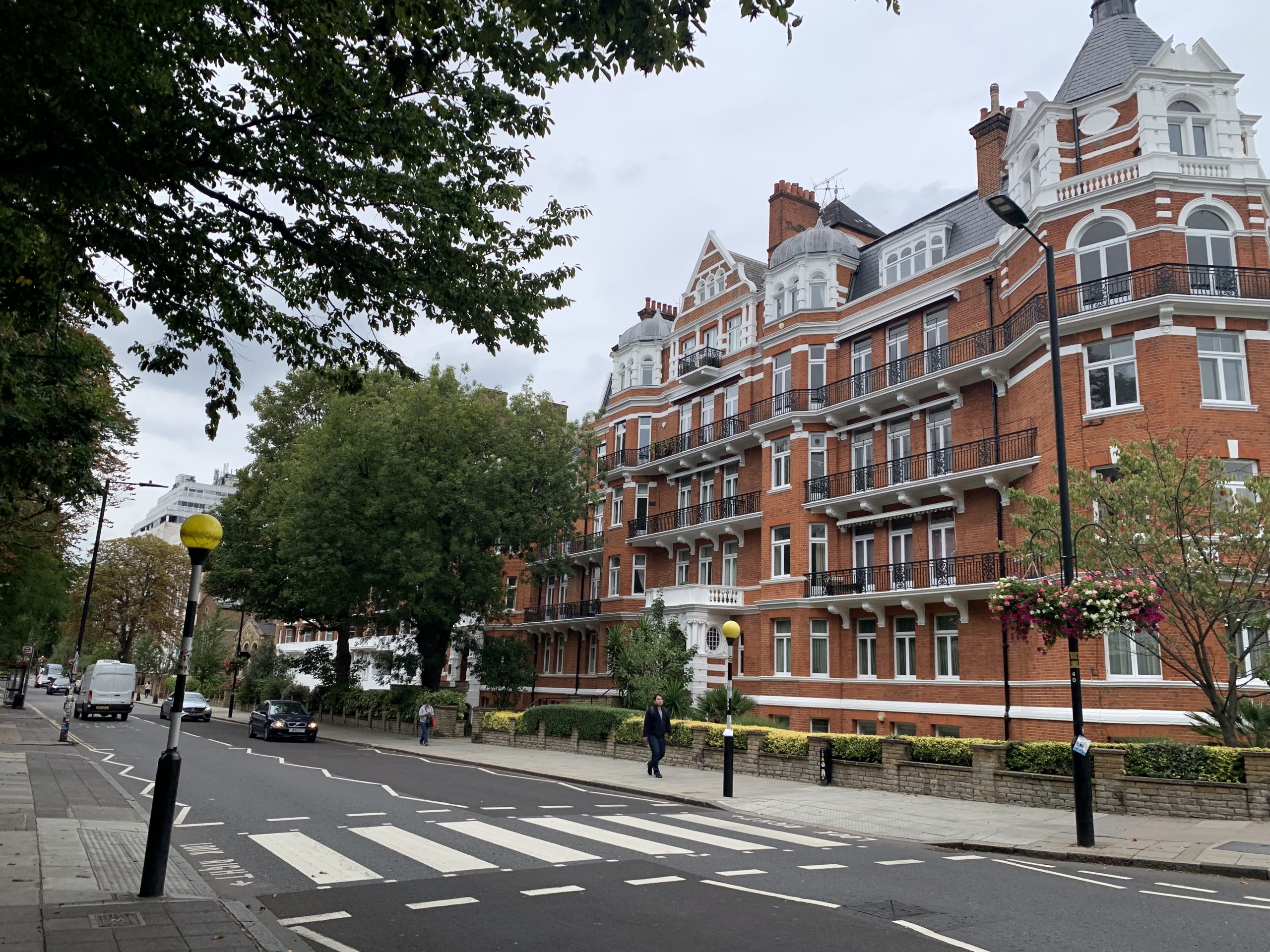 Once a forest owned by the Knights of the Order of St. John Jerusalem, then the hunting grounds of Henry VIII, St John’s Wood didn’t become a residential area until the early 19th century when development began. The area was one of the first London suburbs to benefit from the construction of a large number of low density “villas”, instead of the more usual terraced housing popular in London at the time. St John’s Wood became fashionable with the gentry who favoured its spacious architectural style and today it remains a highly desirable residential district and one of London’s most expensive. 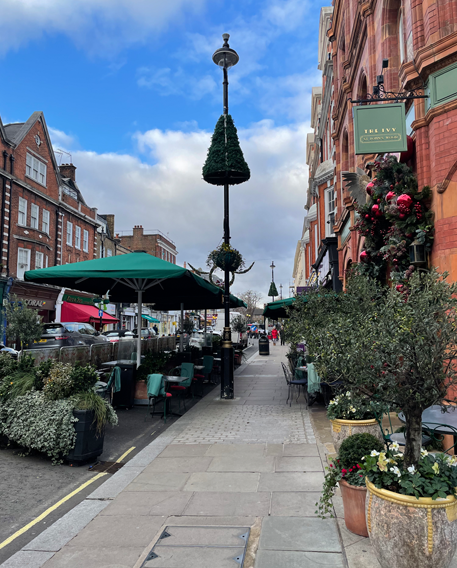 Favoured streets for those looking for properties for sale in St John’s Wood include Prince Albert Road with its elegant flats overlooking Regent’s Park, the grand mansions of Avenue Road, and peaceful Hamilton Terrace.

Quality bakeries include artisan bakeries Gail’s and Orée, whilst Panzer’s Delicatessen sells fine food from across the world. Kent & Sons are the area’s very popular butchers, and Dansk Flowers is the destination of choice for those in search of a stunning designer bouquet.

From popular chains, including Café Rouge, Starbucks and The Ivy on St John’s Wood High Street, to The Ordnance Arms (a Samuel Smith pub on Ordnance Hill) and the traditional Duke of York pub, St John’s Wood has a wide range of establishments to suit all tastes. The Good Life Eatery, Brasserie Café Med and Maido Sushi are top picks of the area’s many popular delights.

St John’s Wood borders Regent’s Park (one of The Royal Parks of London), which boasts a vast 410-acre green expanse that includes extensive walking/running paths, stunning rose gardens, an open-air theatre, a boating lake and the London Zoo, as well as the largest outdoor sports area in Central London. Nearby Primrose Hill, which is situated just to the north of Regent’s Park, offers further open green space and far-reaching views across London. For a more intimate outdoor setting, St John’s Church Grounds (an attractive former churchyard) features various gravestones and memorials along with mature trees, a playground, formal gardens and a wildlife area to explore.

St John’s Wood Underground Station is on the Jubilee Line (Zone 2) with direct links to Bond Street in the West End (just five minutes away) and east to Canary Wharf (20 minutes). National rail services operate from nearby Paddington and Marylebone stations providing direct links to Heathrow, Birmingham and The West Country. St John’s Wood is on numerous local bus routes, offering direct connections to many parts of London.

Abercorn School, a mixed school for 2 to 13 year-olds; the excellent Arnold House School for boys; and the Roman Catholic St Christina’s School, predominantly for girls up to 11.  Popular state schools include Gateway Primary and George Eliot, both with an ‘Outstanding’ Ofsted rating, along with Barrow Hill and Robinsfield rated ‘Good’. For secondary education, Quintin Kynaston is rated ‘Outstanding’ and, unusually for London, the King Solomon Academy (also rated ‘Outstanding’) offers a continuous education for pupils aged 3 to 18. The American School in London (ages 4-18) is also top-rated. 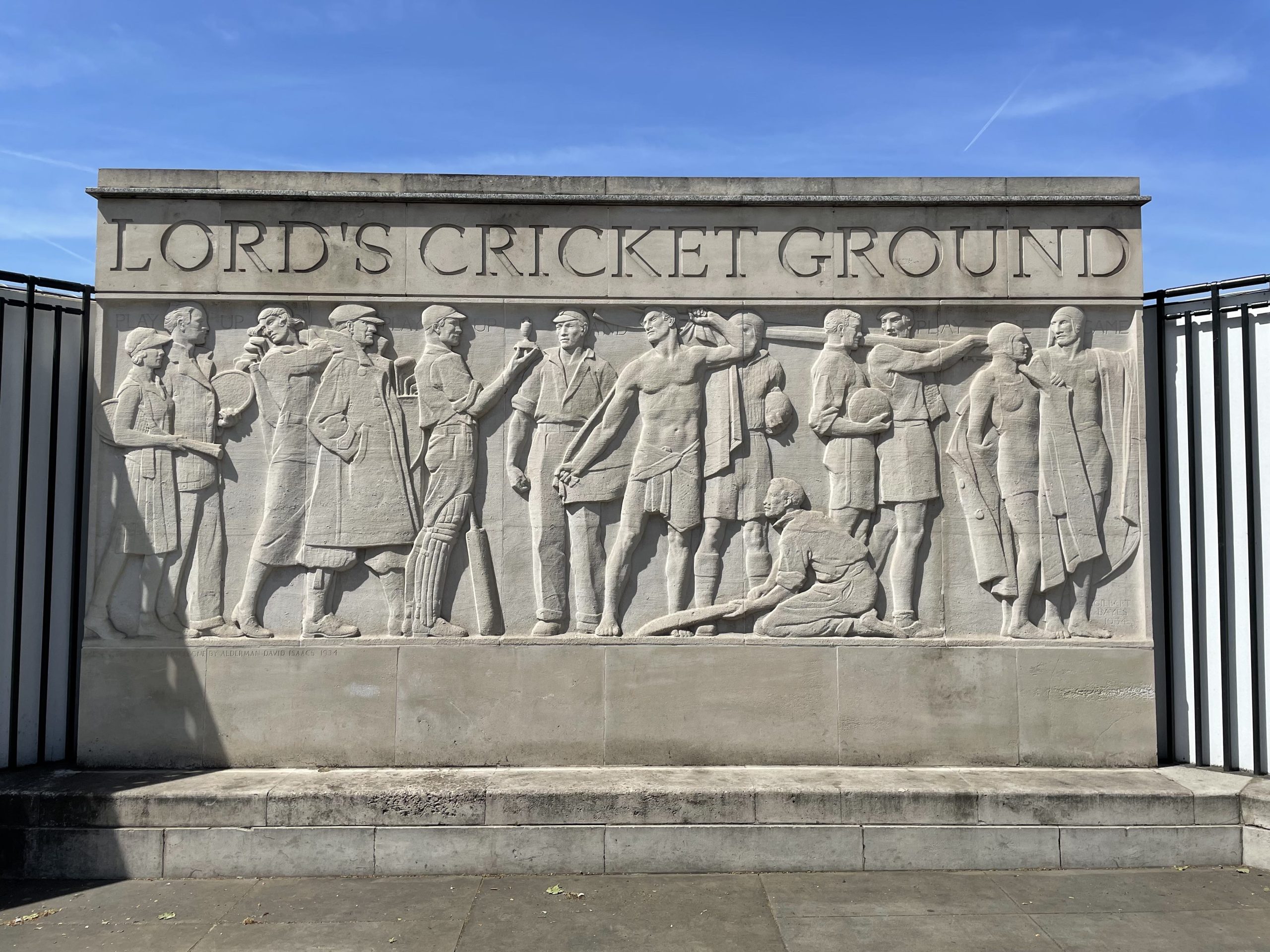 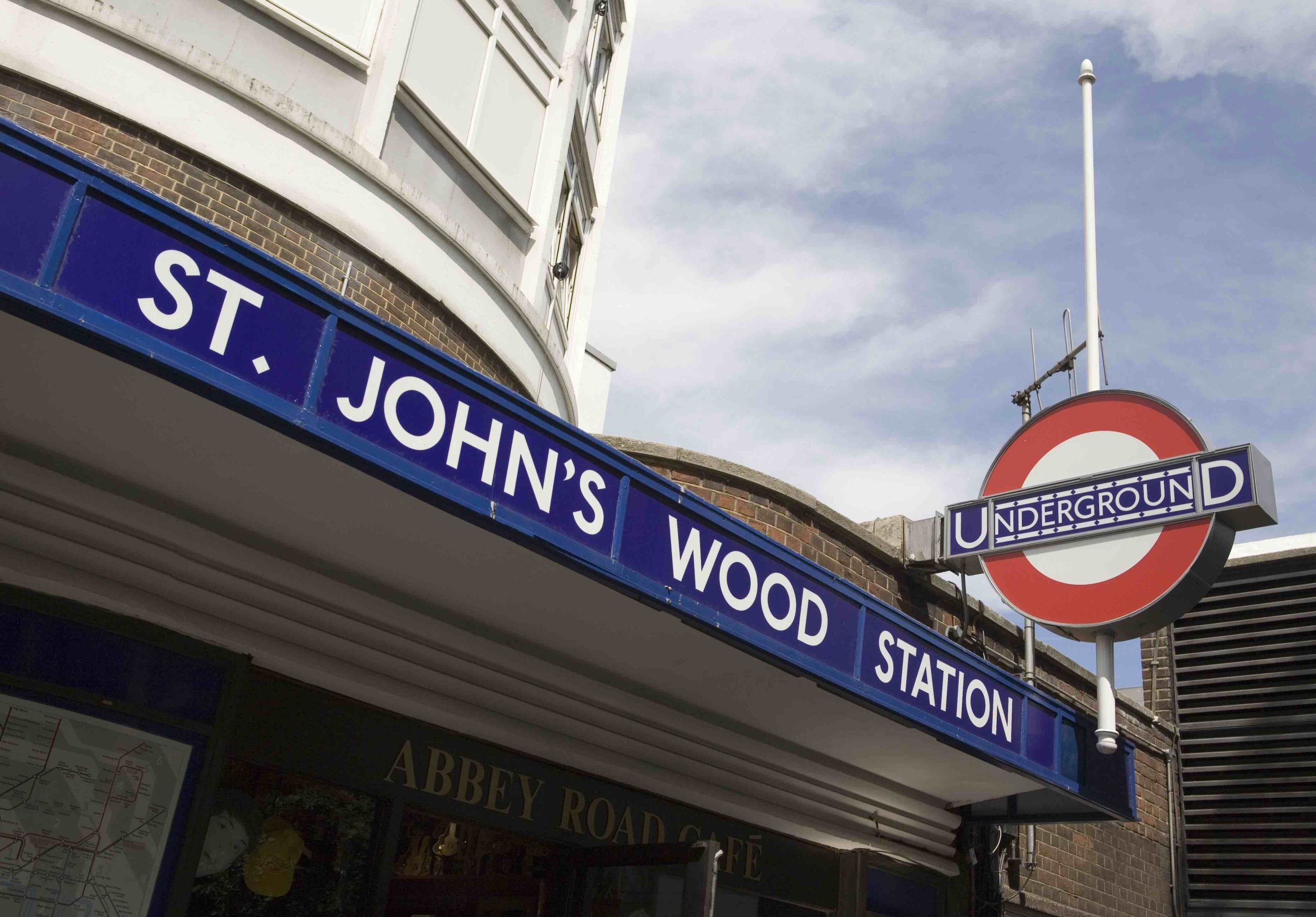 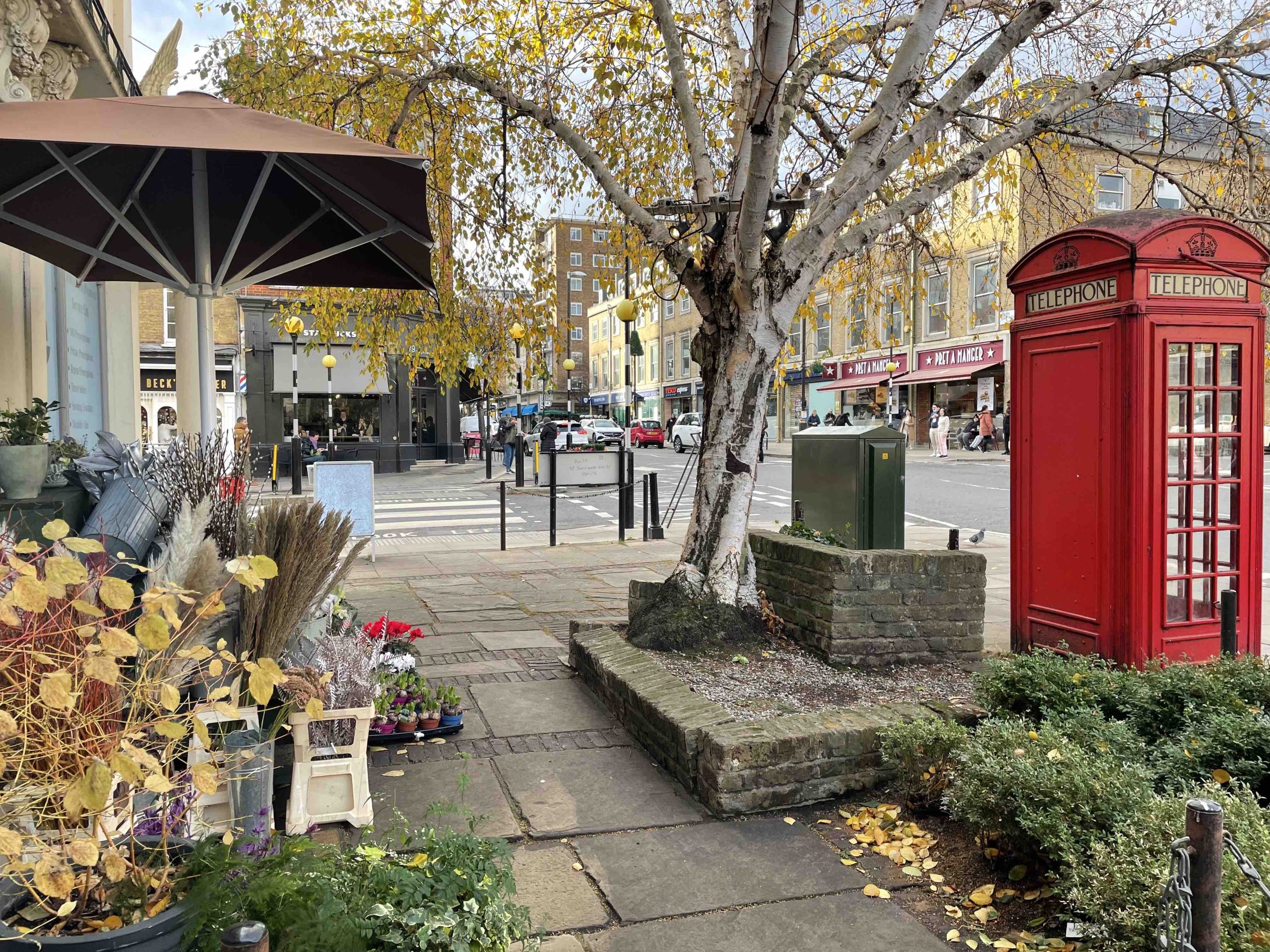 St John’s Wood is in the London Borough of Westminster. The following council tax rates are for 2022/2023. 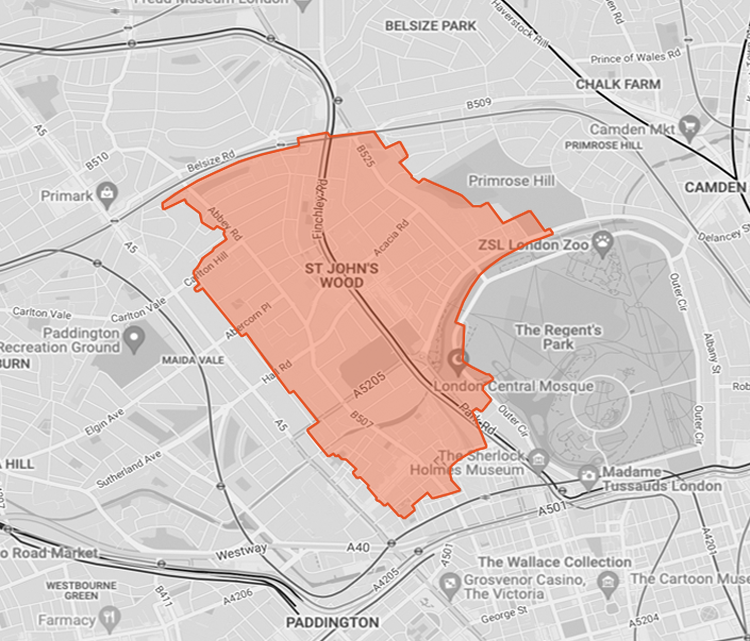 Looking to buy or rent a home in St John’s Wood?