We have placed cookies on your device to help make this website better.
You can use the browser setting to change your cookie setting. Otherwise we'll assume you're OK to continue.
I'm fine with this 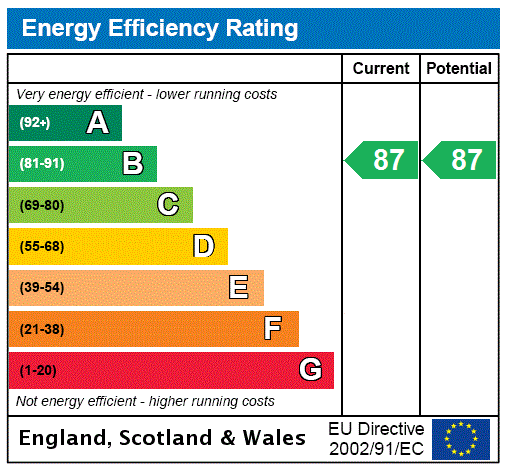 Inspired by Pierre Chareau’s iconic Maison de Verre in Paris, Eglon House is one of the most extraordinary new houses to be built in London in living memory. It is tucked away at the end of a gated cobbled mews in the middle of Primrose Hill, combining privacy and security with the convenience of a village location.

The house has been designed with flexibility in mind, and many of the spaces would suit a variety of uses. It could be used as a dwelling, as a commercial building, or as a combination of the two. It would work equally well for a family requiring guest/staff accommodation as it would for an art foundation requiring premises with significant spatial drama.

The larger, eastern, side of the building has an industrial character, with exposed concrete ceilings and surface-mounted services. At its centre is a magnificent double-height grand salon, with a galleried level containing a professional kitchen and dining room. The first floor offers more than 2,000 sq ft of space, currently configured as a breathtaking master bedroom suite, and the second floor contains an extensively glazed ‘orangery’ that would work particularly well as an office.

The western side of the house has a more intimate, domestic scale and an Art Deco atmosphere. The ground floor opens out onto the courtyard, with a double-height living room and a kitchen. The first and second floors contain three bedrooms, three bathrooms and a study. There is a further bedroom and bathroom in the basement, alongside a remarkable swimming pool that doubles as a cinema room, with a mechanical floor and waterproof screen. A lift services all of the floors.

The original Maison de Verre (1928-32) has been described as an elaborate piece of furniture, reflecting Pierre Chareau’s expertise as a product designer, and this craftsman’s sensibility has carried through to Eglon House. This is a project six years in the making. British materials are much in evidence, including a staircase made from pitch-pine and grout mixed with Portland stone. Elsewhere, Lebanese cedar is combined with elegantly patinated Italian marble. There is museum-grade bronze track lighting, the walls have been reinforced to take heavy artworks, and even the fire extinguishers have been custom-made.

Eglon Mews has a location that is simultaneously discreet and convenient. The shops and restaurants of Primrose Hill Village are around the corner, and the open spaces of Primrose Hill and Regent’s Park are a short walk away. Chalk Farm Underground station (Northern Line) is just across the bridge. Many of London’s best schools are within close proximity.

The site has always had a commercial use. A mid-19th-century census map shows a series of stables and barns, where shell casings were manufactured during the First World War. Express Dairies then used it to service their floats, at a time when cattle were still grazed on nearby Primrose Hill. In the 1970s, it was converted into Mayfair Recording Studios, where hits by everyone from Tina Turner and Pink Floyd to The Smiths and The Clash were made.

Although Eglon House settles into the outline of the original structure, it is an entirely new building. Inspired as a homage to Pierre Chareau’s Maison de Verre, this backland site, which has the character of a Parisian mews, was appropriate for a forward-thinking contemporary house imbued with the same Modernist spirit.

Pierre Chareau’s ‘House of Glass’, completed in 1932, was a milestone in early modern architectural design. It was a pioneer of the modern-day live/work phenomenon, with commercial space on the ground floor and living accommodation above. It was commissioned by Doctor Dalsace, who hosted Surrealist soirees in his salle de sejour, which were attended by Jean Cocteau, Joan Miro and Yves Tanguy. The close proximity of other buildings dictated a transparent façade. The iconic glass blocks, which shatter the light like lenses, have been recast for the western façade at Eglon House.

Eglon House takes its cues from Chareau’s original in a number of other ways as well. The design emphasises an honesty of materials, variable transparency of forms, and juxtaposition of ‘industrial’ fixtures with a more traditional style of home décor. Some of Chareau’s furniture and light fittings have been sourced and applied in appropriate areas. Thirties construction methods were used for the exposed shuttered concrete ceilings in part of the building, and there are visible structural elements, just as in the original, such as exposed steel beams with expressed mechanical bolts. The blue carpet in one of the bedrooms is exactly the same colour as that used in the Maison’s master bedroom, alongside other carpets and rugs inspired by artists of the era, such as Ben Nicholson and Alexander Calder.

Despite these similarities, however, Eglon House has been largely created by English craftsmen and adopts an entirely contemporary approach. On the top floor, for example, solar PV matting is set into the triple-glazed roof lights, so that it simultaneously reduces the glare and generates energy. In the basement, the ingenious mechanical rising floor allows the room to act as both a swimming pool and a cinema. The 3m-wide LED waterproof movie screen was specially commissioned and, at the time of fabrication, was the highest-resolution example of that size ever made.

The grand stucco-fronted Nash terraces that surround Regent's Park, a 166-hectare park within strolling distance of London’s West End, make very impressive and elegant London bases.  Peaceful and private, this exclusive enclave offers the very best of London on its doorstep. Regent’s Park attracts residents for whom a prestigious London address is a must-have. Read More