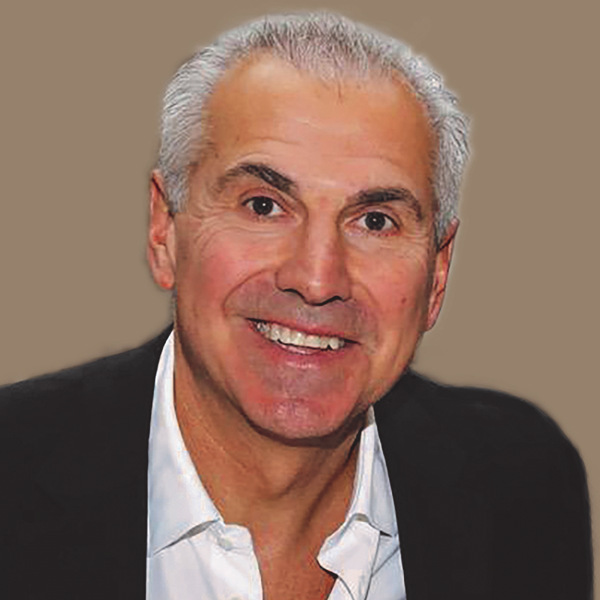 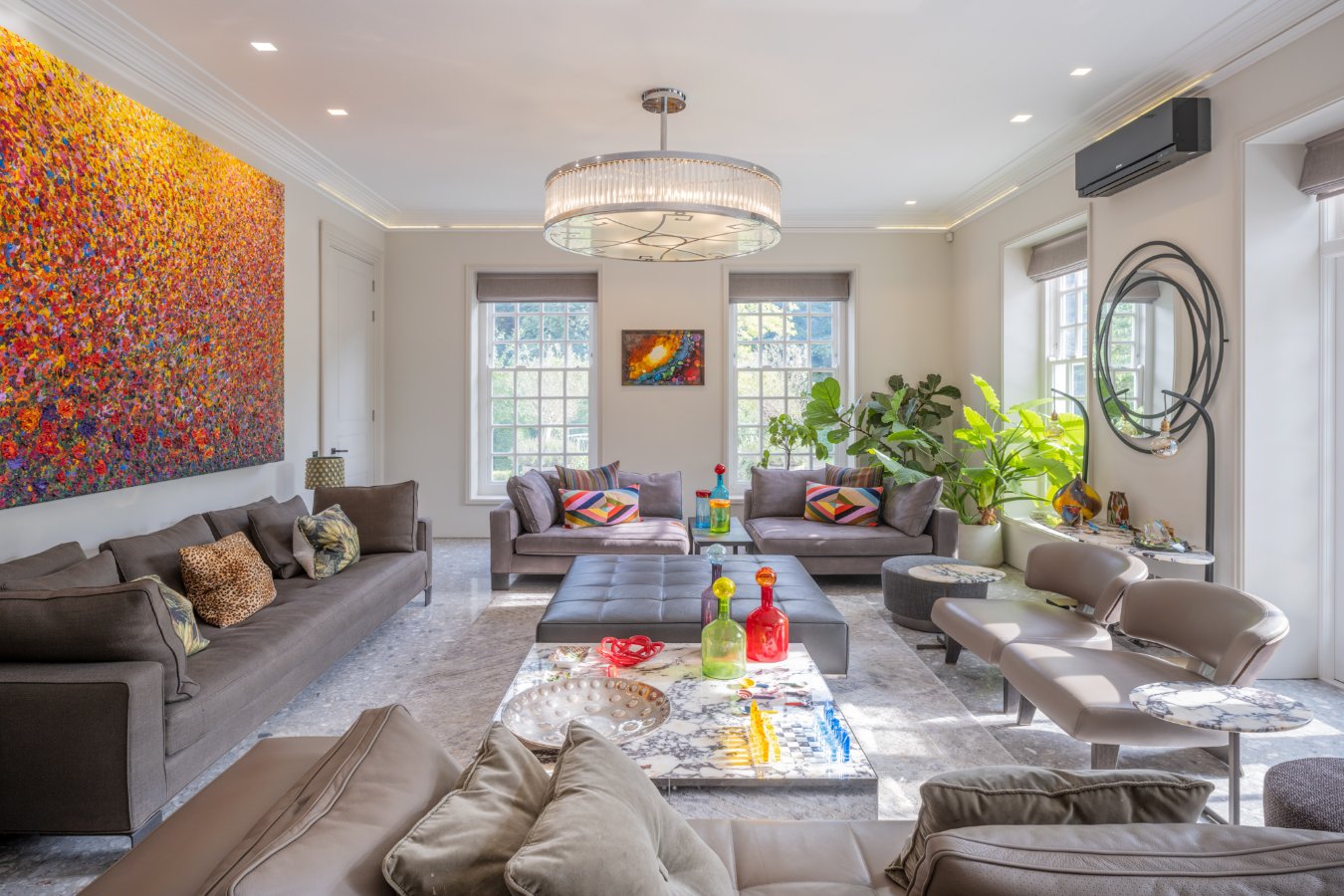 The inspiration for Fairwood House came from Sir Edwin Lanseer Lutyens, the 20th century’s leading British architect. Lutyens was commissioned to design many of the great English country houses as well as being appointed by the
Government to design and build Viceroy House in Delhi, which has since become the residence of the president of India.

This imposing property, situated on a double plot of approximately 0.6 acres, faces due south to the rear and also backs directly onto Turners Wood, a 7-acre private bird sanctuary. In 2006, the property was completely rebuilt behind the original facade. In doing so, the current owners brief was to create a house fit for the twenty-first century whilst ensuring that the layout remained loyal to the original that Lutyens created.

Lutyens was commissioned to provide drawings for the elevations by Reginald McKenna, Chairman of Midland Bank in 1935, Lutyens had earlier created two of his finest works for McKenna – the Midland Bank building in Manchester (1933-1935) and its headquarters in the City of London (1921-1939).

McKenna built the property to give to his son and new daughter-in-law as a wedding present. John Soutar, the architect charged with the design of the rest of the property, was also widely respected and was considered responsible for the successful planning and design of the wider Hampstead Garden Suburb. The Suburb was praised for its consistently high standard of design. It remains a highly desirable residential area, with a character defined by its commanding architect-designed properties, lush green spaces and abundance of mature trees.

The house is a true thoroughbred in the best traditions of past master builders, rarely seen today. The dignified but unconventional frontage is crafted of the finest handmade grey and red brickwork that gives life to the elevations. Imposing chimney stacks, two niches situated at ground floor level, and a swan’s neck pediment that stands above the front entrance complete the frontage of this imposing Grade II Listed home. The house wears its elegance lightly without striving for effect and without the need for superfluous columns or porticoes.

Ingram Avenue is undoubtedly one of the finest roads in this sought-after district of North West London. The rolling acres of Hampstead Heath and Kenwood are located approximately half a kilometre from the property, with Hampstead High Street and Highgate School being equidistant at approximately 2.2 kilometres distance away. Additionally, London Underground stations (Northern Line-Edgware Branch) are available in both Golders Green & Hampstead. 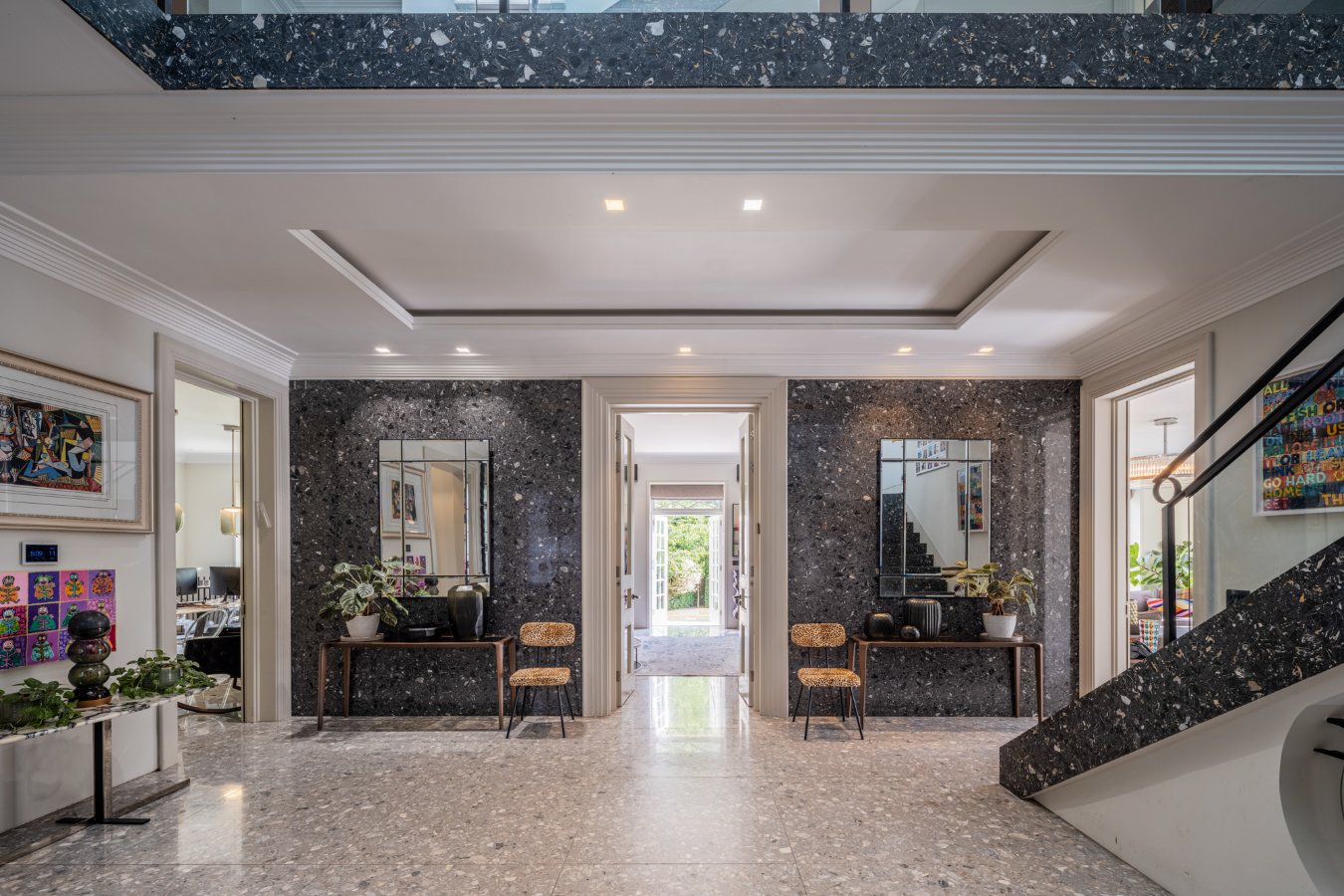 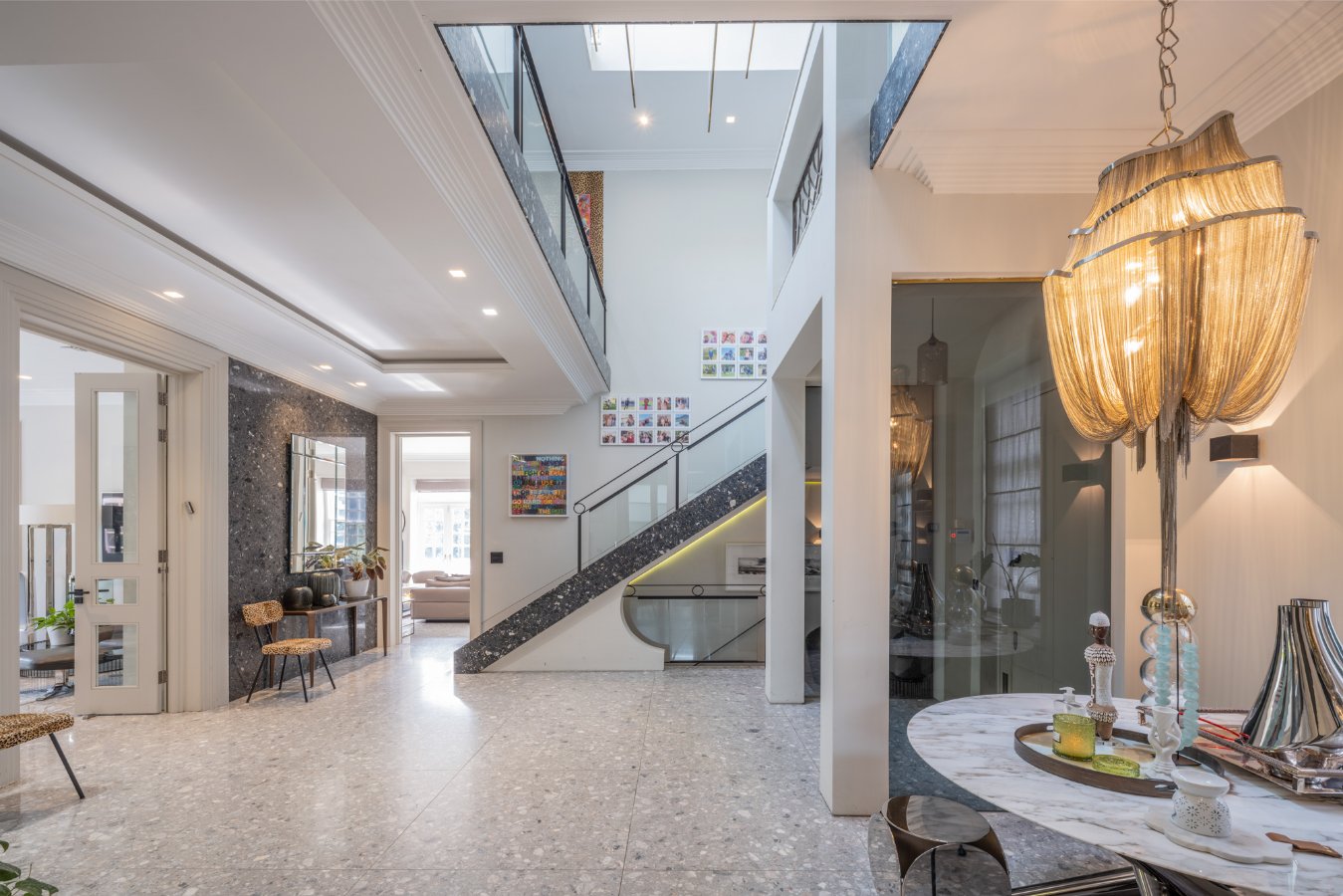 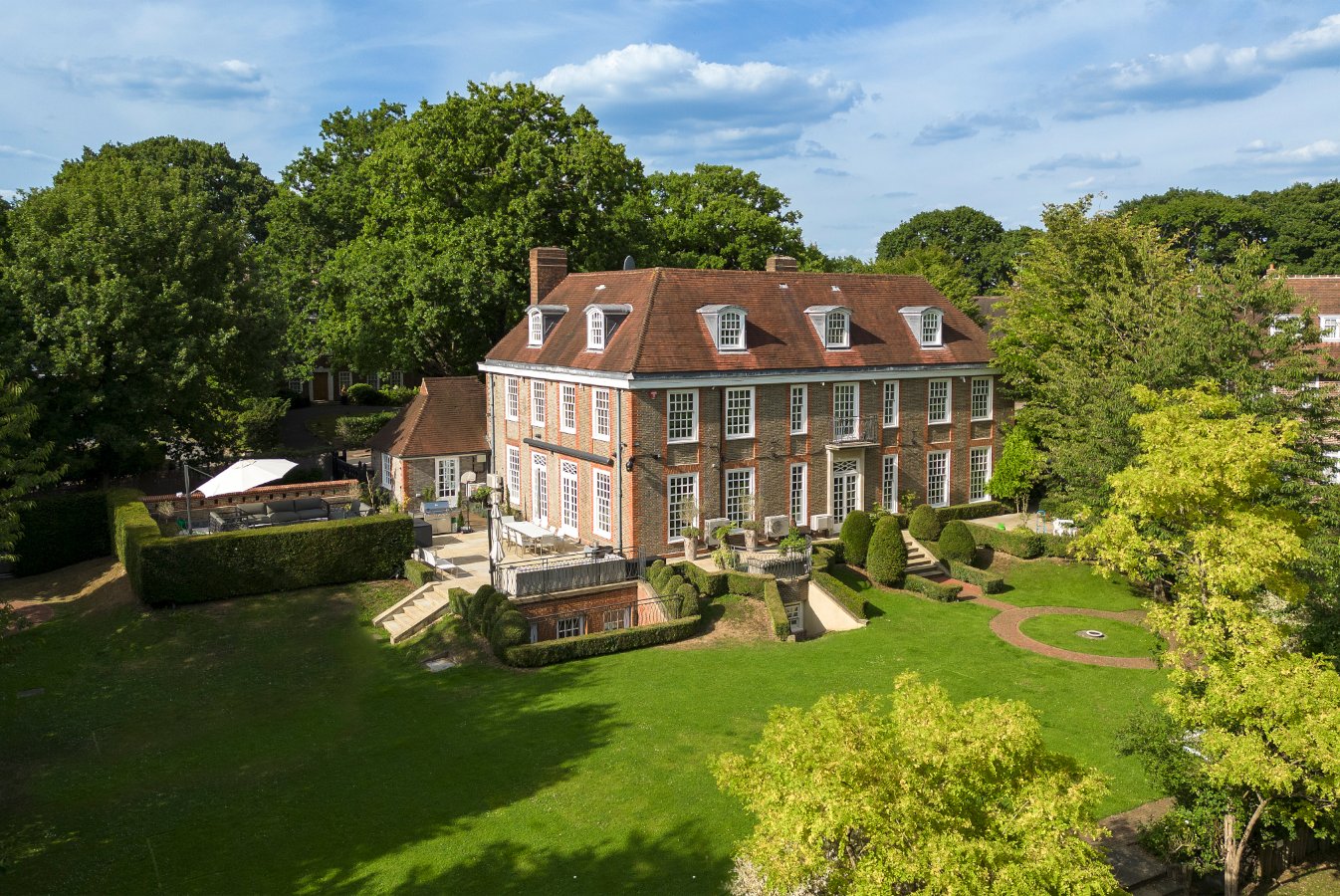 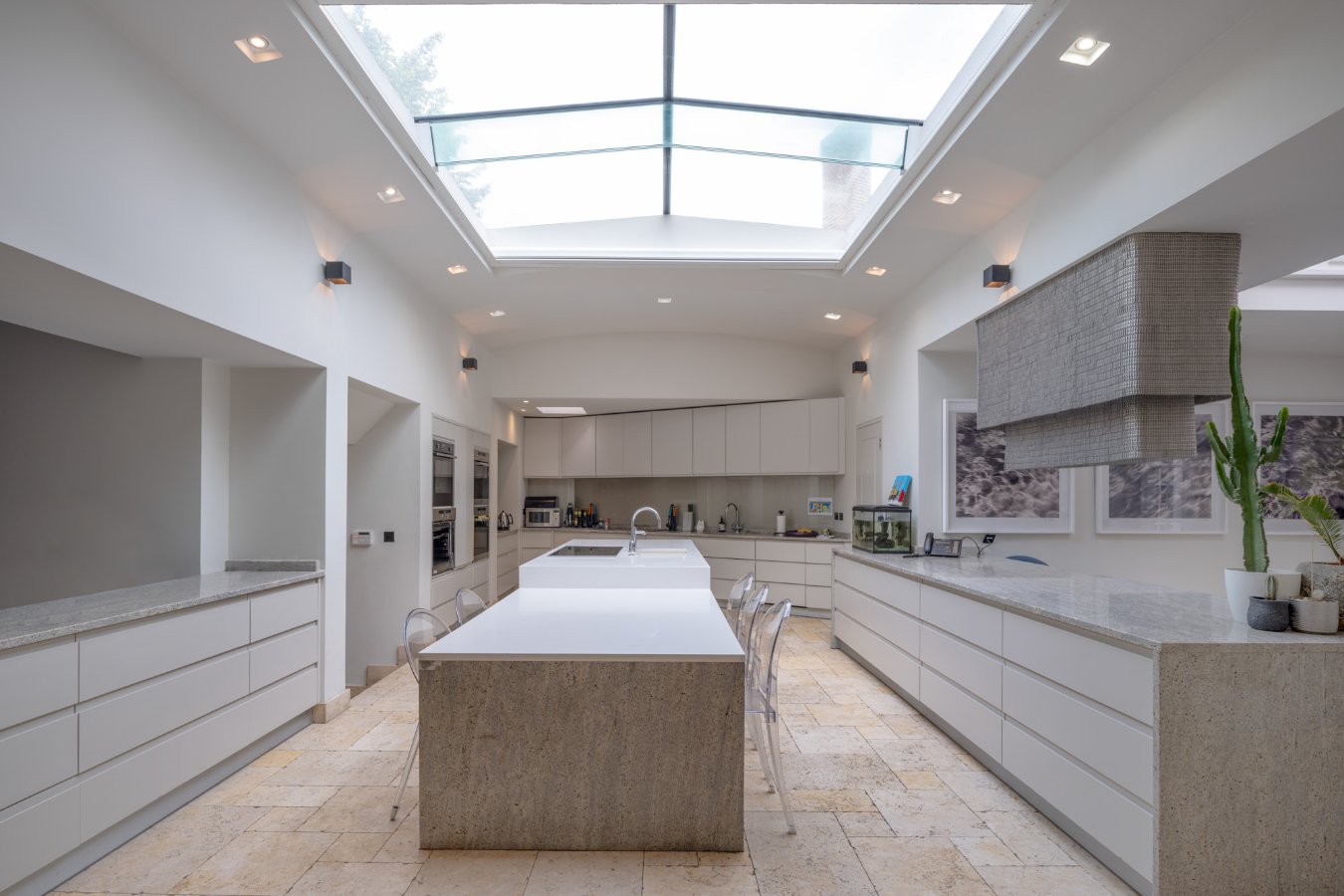 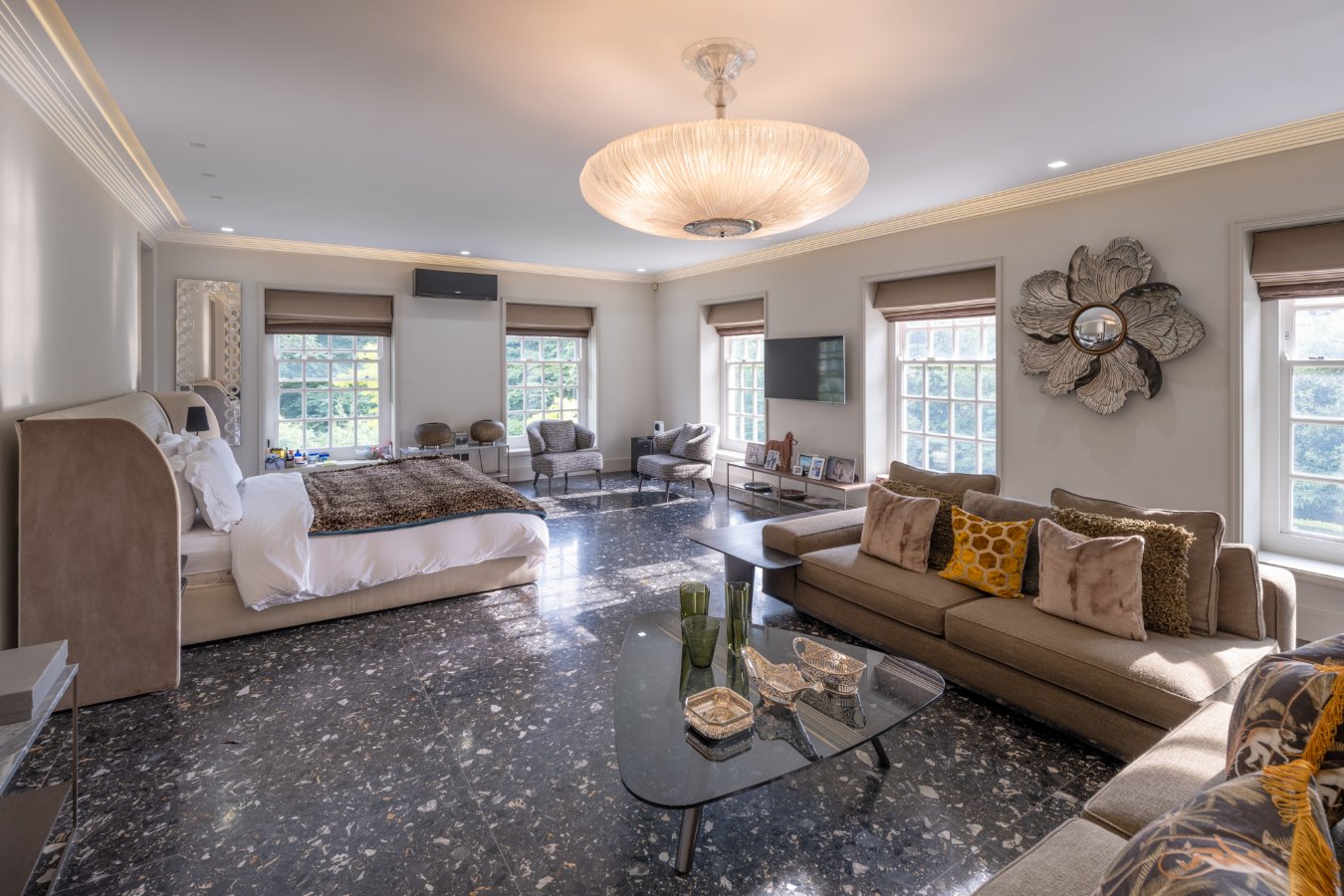 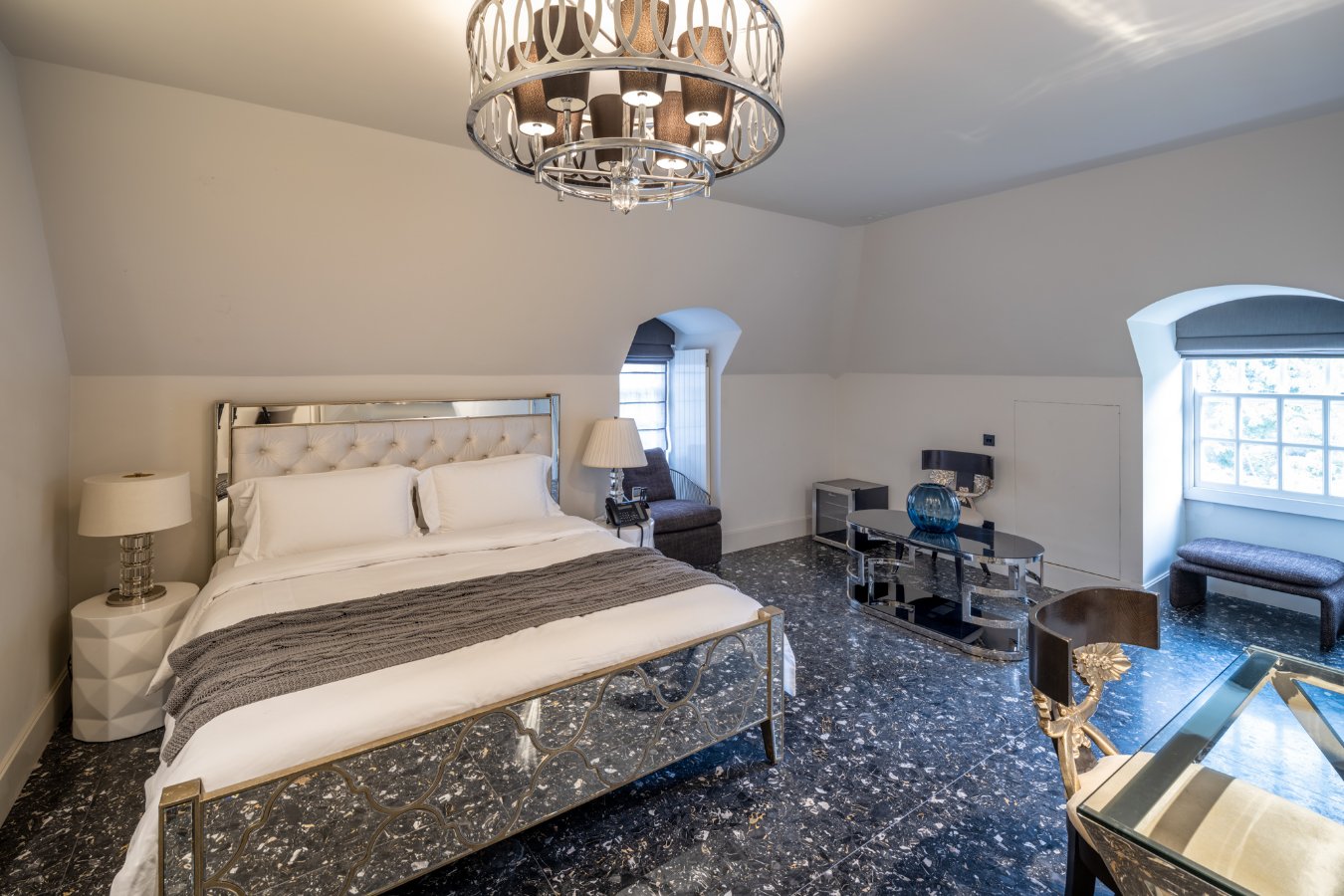 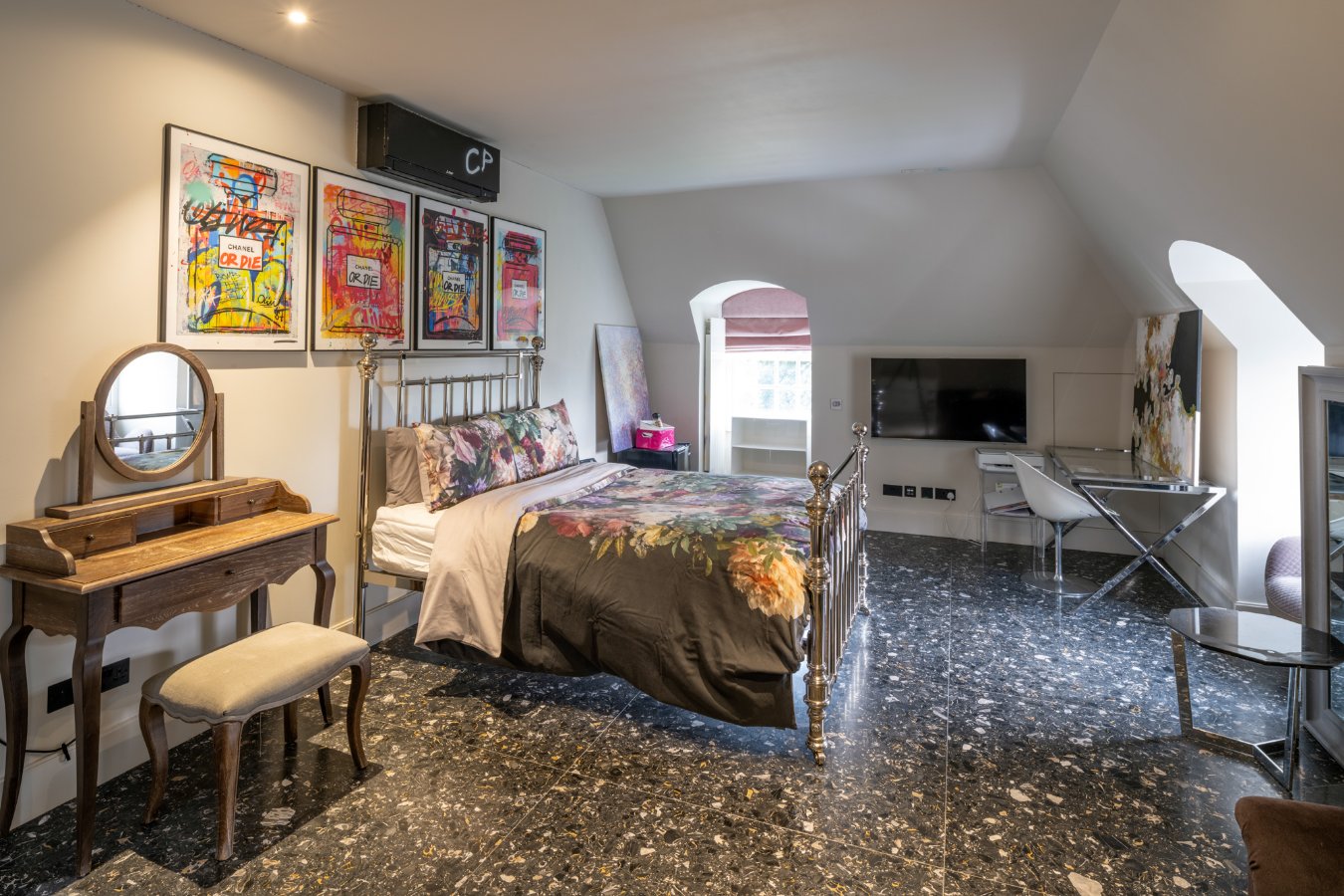 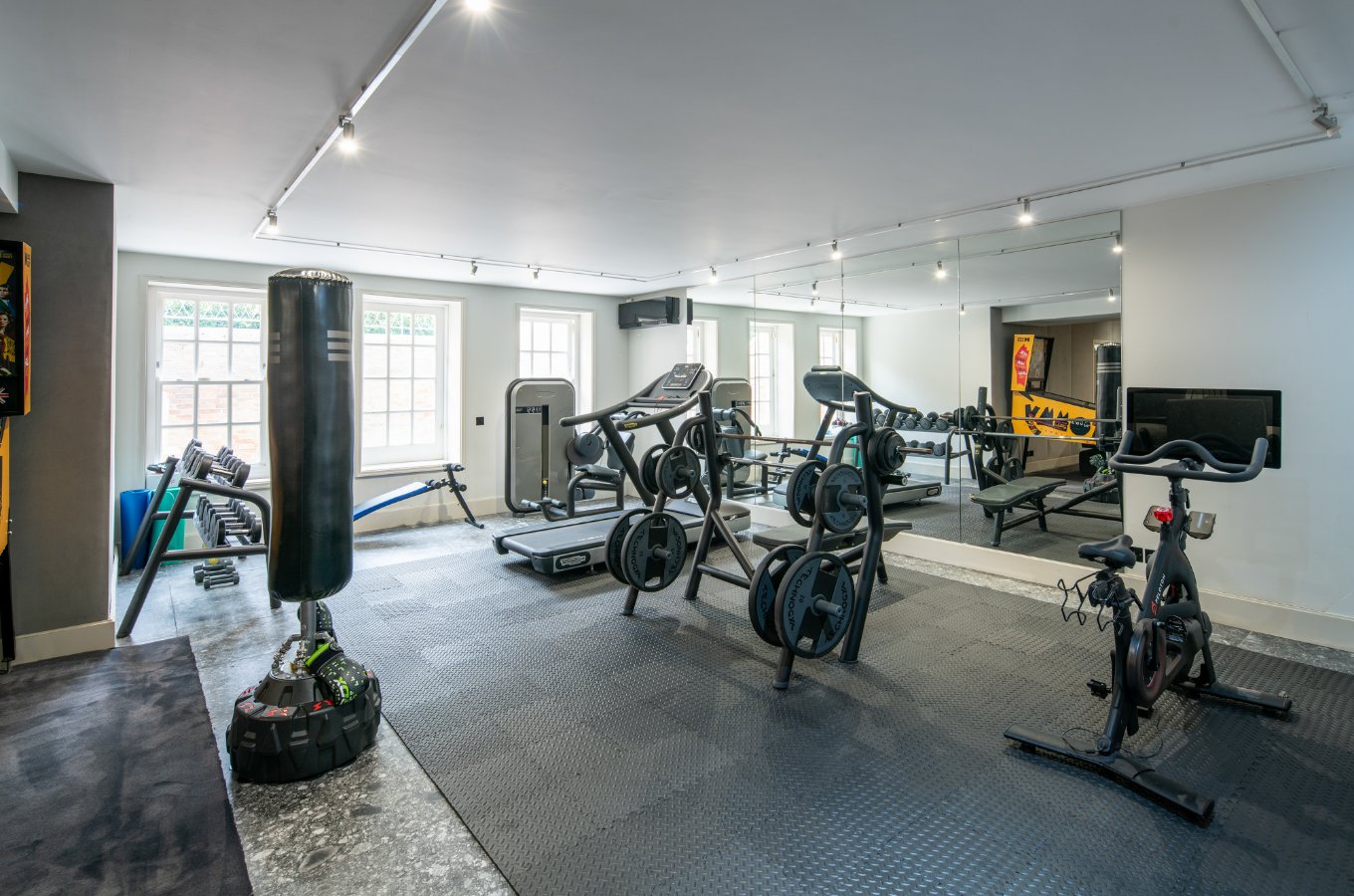 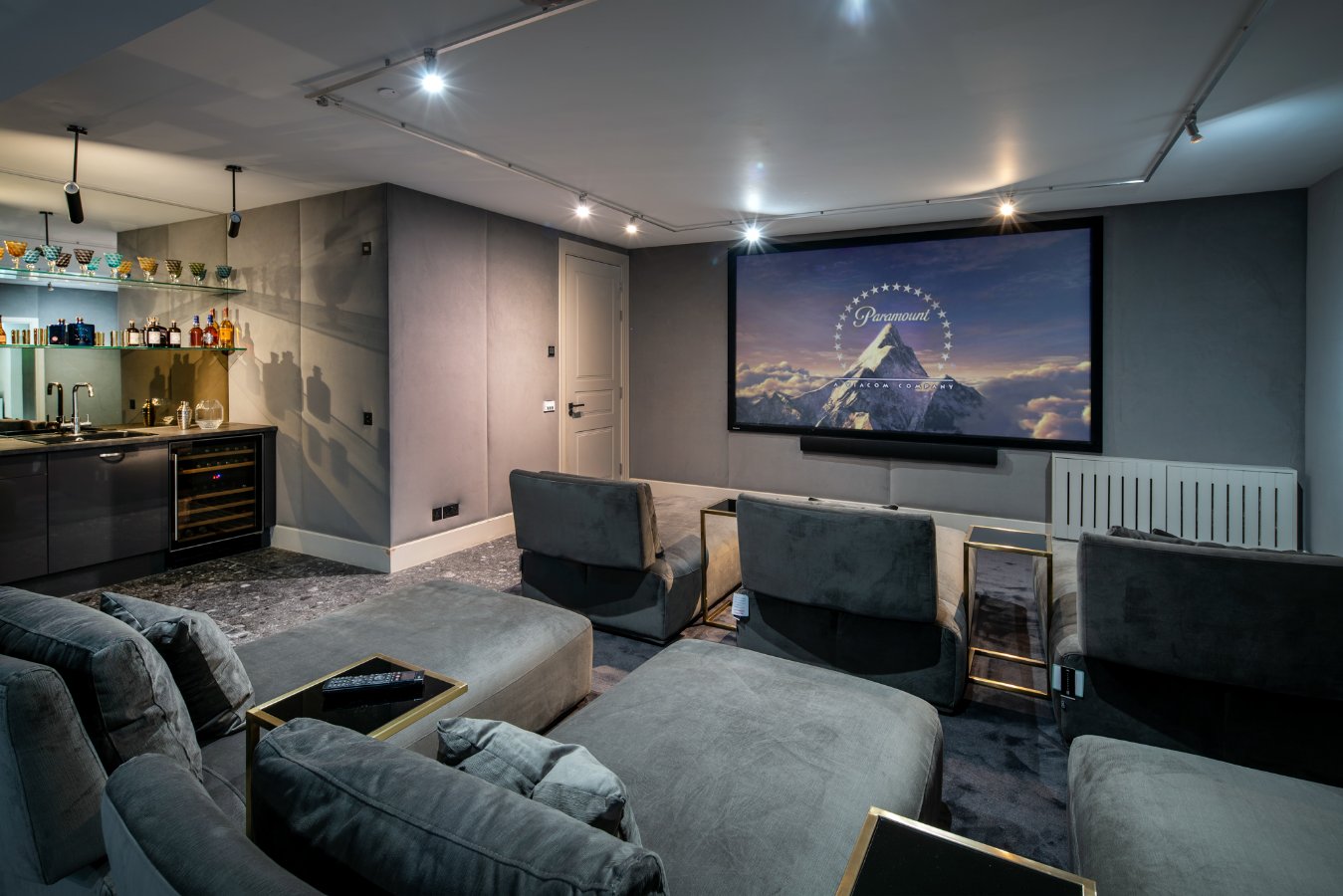 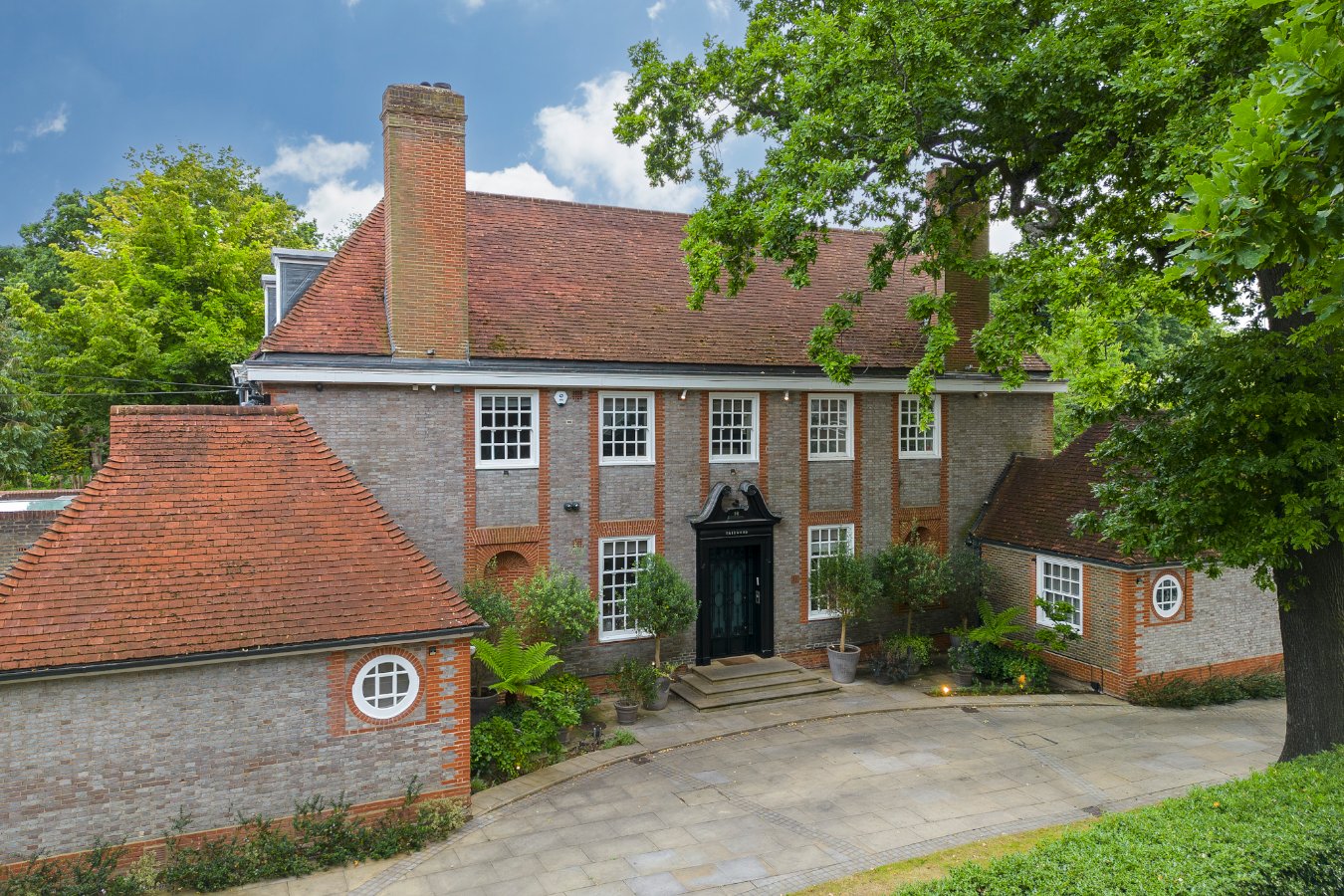